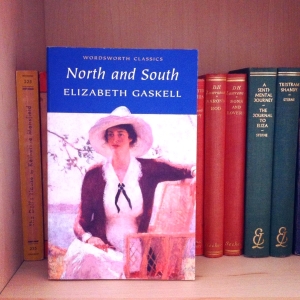 ‘The book is always better than the film’, was probably the assumption that led me to buy this novel. Loving the BBC mini series, 16-year-old me bought this book at a book festival, but never got round to reading it. North and South tells the story of Margaret Hale, a middle class southerner who moves to the fictional industrial town of Milton in the north of England. Margaret becomes increasingly aware of the poverty and suffering of the workers at the local cotton mill, and develops a strong sense of social justice. I really appreciated that she sticks to her beliefs throughout her tumultuous relationship with the mill-owner John Thornton, instead of succumbing to his ideas. Feminism FTW. (Well, this is what happens in the series, at least 😉 ). I also just found out that this edition comes with an introduction and notes by a professor at the University of Hull, which is where I did the last year of my BA, so I think that’s pretty cool  :).

‘The Weather Today’ is a challenge I set myself in which every day(ish) I will take a random book from my bookshelves and write a few sentences about it.